Masuda was founded in 1948, is a pioneer in hydraulic filter, filter products has been committed to the research and development of high quality. The establishment of expenditure, as long as the production of communication equipment and the portrait machine precision products, beginning in 1955 to the production of hydraulic filter and air vent. Masuda's designers have rich design thinking, with the long-term accumulation of experience and technology, continuous research and development of new filter products. Production department is to rely on the most advanced production systems to improve production efficiency, the production of high reliability in the strict quality management system. 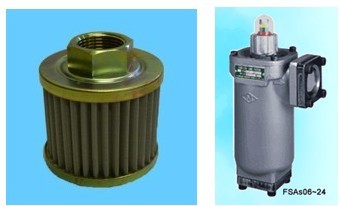 Masuda probably divided into the following series of products: